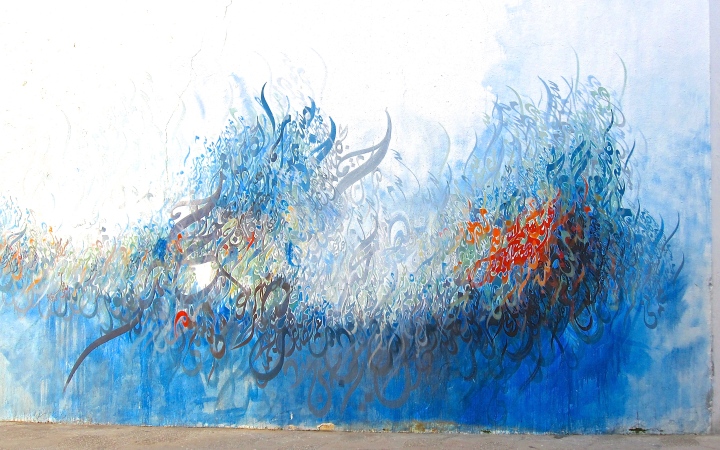 Over the past few years, I’ve had times where I felt stuck. I was stuck in cold, damp February but ready for summer. Or I was stuck in my apartment with the flu, but ready to go on a weekend trip with friends. Or I was stuck in menial tasks instead of work I felt really passionate about. So I looked around and saw that I was living in an exotic, inspiring, artistically charged place (Morocco) and I had no excuse to feel bored. So I learned to respond to those emotions with one thing: creation.

So I began to create, in whatever medium I could, initially inspired by where I was living. I cooked, I wrote, I danced, I drew, and I took pictures. I made something and then I saw that it was good, not quite like the way God made the world and saw that it was good*, but it sure made me feel better, and I couldn’t even explain why.

I had written off most artistic activities at that point. After all, I’m an adult, and I’m not a professional artist. But after starting to dance around my apartment, using colored markers for the first time in maybe 15 years, and writing my first poem since I won a poetry contest in fourth grade (it was about fairies)- I felt joy.

Jesus said that in order to enter the kingdom of God we need to be like children**. If there’s one thing children do really well that most adults don’t, it’s to imagine something and then create it. What happens between childhood and adulthood that makes us lose the ability to think so limitlessly, to think and produce without boundaries?

Now, I look at the field down the street from my house and see just that- an overgrown field with a baseball diamond and outdated workout equipment, but when I was little I saw a magical world with realms that needed to be named, explored, and conquered. Inspired by what I saw, I created an entire world and then named it, wrote about it, and explored it. I had a fundamental understanding that to be human is to imagine and to create.

If God is the Creator, and humans are created in His image***, then can’t that only mean one thing? We are supposed to create. But unfortunately, when we get older we are bombarded by the following:

Another thing I’ve noticed is that those who believe in God have often been the most afraid to create. Believers sometime fear that their creation will somehow dishonor God unless it carries explicitly religious themes, which couldn’t be farther from the truth. The entire universe carries the mark of God****, but that doesn’t mean leaves are covered in crucifixes and clouds spell out Scripture.

Creativity brings us joy, and there’s a reason- we are made in God’s image, and God is the Creator. When we create, we are fulfilling one of the purposes for which God made us.

Creativity can look like any number of things. It’s doesn’t have to be about scrapbooking. Whatever activity, sport, place, form of media, kind of design, music, or type of image excites you, that’s probably how you were meant to exercise creativity. That might rearranging your room or designing a website, or inventing something useful.

It’s never a waste of time to do something creative.

There’s a great line in Chariots of Fire, a movie about an Olympic runner. When asked why he doesn’t pursue a career in ministry, he says “when I run I feel [God’s] pleasure”. I believe when you create, you are fulfilling the purpose for which God made you, and you are bringing Him pleasure.

Life enthusiast, hummus addict, & California native. I blog about topics that run the gamut from spiritual perspective to salad. Because you’ve got to learn how to have faith, and you’ve also got to learn how to cook a decent meal. And you can screw up both those things, and still try again.